Take the first step in changing your life I will use all my skills, qualifications and experience to help YOU. I have helped people from all walks of life to have a happier healthier life

Download our free brochure to find out more about the history of Hypnotherapy, Psychotherapy and how it can help you.

Click to listen to a message from Manchester Hypnotherapist, Shaun Brookhouse 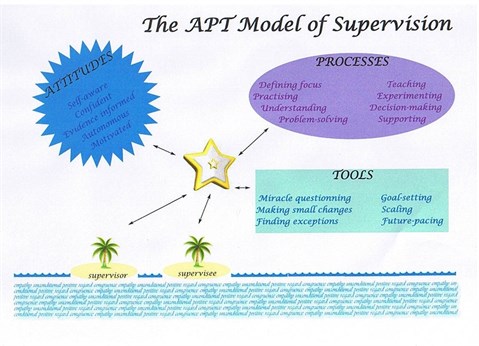 Hypnotherapy Supervision Models which I employ

This model is based on the works of Milton Erickson, William O’Hanlon and Steve de Shazer. One of the key philosophical positions of this model is that the supervisee has all the necessary resources that he/she needs in order to assist their clients to reach some kind of therapeutic resolution (Fowler et al 2007 pg30). The key elements that I employ in my supervision from this model are:

“What will be a small sign, something you might notice this week, that will tell you that things are looking up for you in this area?”(Kowalski & Durrant 1990 October 1990)

The effectiveness of questions like this allows supervisees to begin to focus on solutions for their challenges rather than examples of how things are still difficult for them.

There are a couple of techniques which are used in solution focused supervision, which I either do not use or incorporate into one of the above listed. These are:

This is considered an “a-theoretical” model of clinical supervision (Bernard & Goodyear 1992 pg23). I find this a useful position to adopt within my clinical supervision work, primarily because I supervise different therapists from various modalities. By being a-theoretical, I am able to utilise my skills as a supervisor from a neutral position so that I am able to work with the variety of modality specific psychotherapists I work with. There are two key components of this model that I incorporate into my model:

I choose not to employ the following within my model:

Counselling function: This is where a supervisor acts in a counselling role with supervisees in assisting their awareness with their own blind spots as well as when there is some kind of unconscious attachment to the client’s issue (Leddick 2001). The primary reason that I do not employ this function is that I believe that there must be clear boundaries in supervision and that there are three distinct roles I have: therapist, supervisor, and teacher. These roles must be kept separate and distinct lest there be issues with professional boundaries which can cause difficulties for both myself as a supervisor and my supervisees (Inskipp & Proctor 2001 pg 7)

The Integrated Developmental Model of supervision holds that the supervisee is in a continual state of growth (Worthington, 1987 pg 188). This state of growth is often described in two types of metaphor: Organismic and Mechanical. My preferred method of explanation is using the organismic metaphor, in that all organisms have a beginning, middle and end. The same is true for therapeutic and supervisionary relationships. There are three overriding structures identified in this model of supervision which I utilise in their totality (Stoltenberg & McNeill 1997 pg185):

I have synthesised the above components into my model of hypnotherapy supervision which I call the APT Model of Supervision. APT stands for Attitudes, Processes and Tools. The model breaks down as follows:

Within this model of hypnotherapy supervision, some or all of these components are used in order to assist the supervisees work through the issues that he/she brings to each session. In addition to APT, an essential element to the model is the foundation or grounding of both myself and my supervisee. Within the diagram these are represented by the islands. Additionally, the core conditions are represented by the sea, which form the basis of my clinical and supervisionary work.

Brookhouse Hypnotherapy Manchester has been helping people just like you to make significant improvements in order to live a happier and more fulfilling life. If you would like more information, please contact me at enquiries@hypnomanchester.co.uk or call 0161 881 1677 for an appointment in Manchester or simply to find out more about clinical hypnosis.

I have utilised hypnosis since 1989 for the treatment of a variety of psychological and emotional issues such as:

This listing is by no means exhaustive. For full details of what hypnotherapy can be effective in treating, click here for a full list of conditions treatable with hypnosis.

I am recognised by BUPA, AVIVA, PruHealth, and WPA for psychotherapeutic referrals.

If you want to ensure that I am the right therapist for you, please either email me at enquiries@hypnomanchester.co.uk or call me on 0161 881 1677 and I am more than happy to answer any questions you may have. I offer a no obligation consultation giving you the chance to determine whether I am the right therapist for you. You may also find that reading my code of ethics, practice agreement, my about me page, and/or my CV page will help to give you a better idea of what to expect if you consult me. 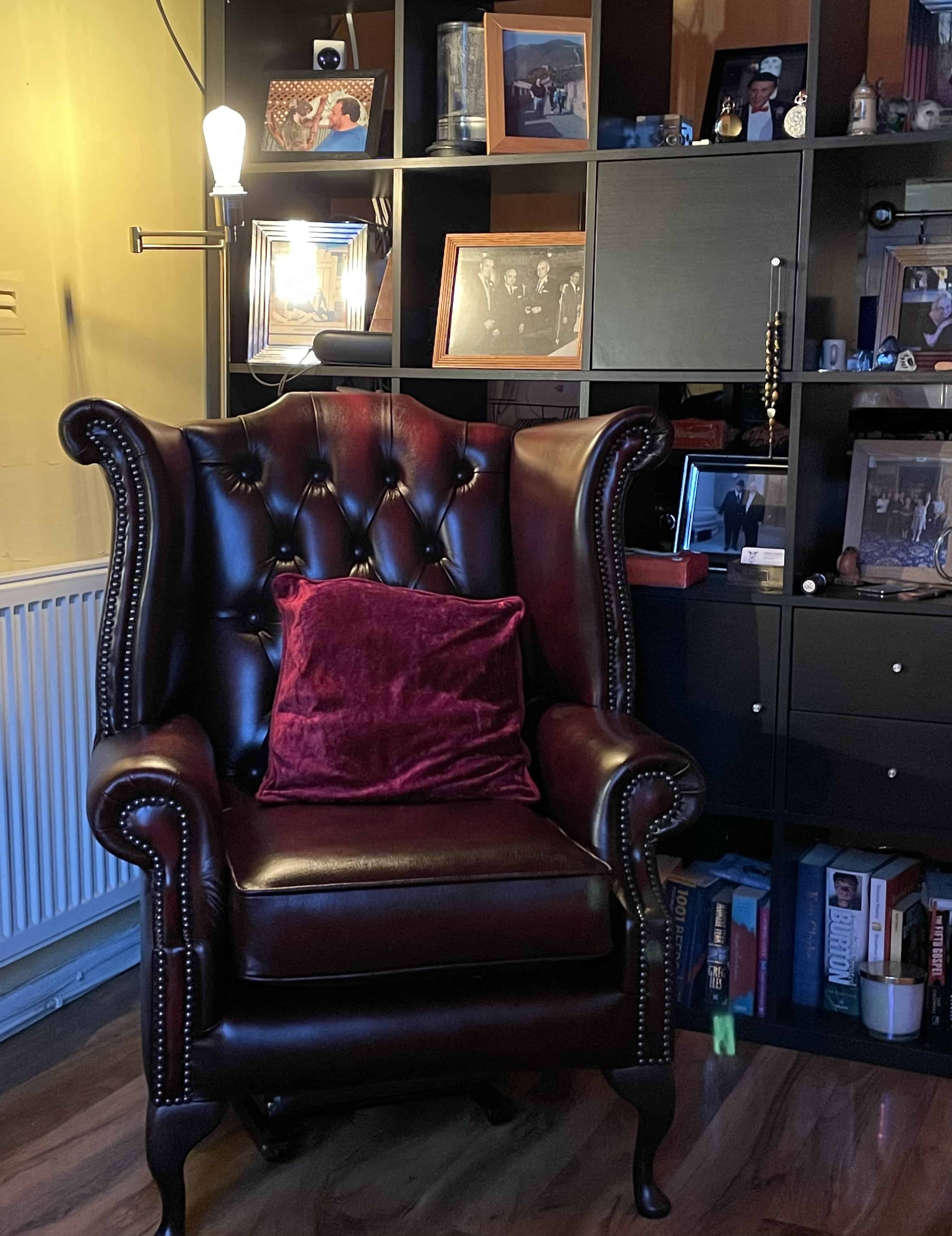 I see clients online (remotely) or in my comfortable and discrete Victorian Consulting Rooms in Whalley Range, Greater Manchester. 3 Miles from the City Centre of Manchester (easy access from Chorlton, Stretford, Didsbury, Sale, Altrincham, Withington, Stockport, Knutsford, Salford Quays and Cheshire). There is free off street parking. Mine is the longest established Hypnotherapy Practice in South Manchester. I also provide sessions via Zoom, SKYPE WhatsApp or FaceTime if you cannot attend sessions at my practice.

Unlike most hypnotherapists, I am also an accredited Psychotherapist for over 25 years with the UK Council for Psychotherapy. The skills I acquired as a psychotherapist assists the hypnotherapeutic process considerably and helps my clients gain new insights into the potential causes of their issues. This is still done in a brief, solution focused manner.

Honorary Fellow of the United Kingdom Council for Psychotherapy

In recognition of the distinguished contribution Shaun has made to the field of psychotherapy, the Board of Trustees of the UK Council for Psychotherapy awarded him an Honorary Fellowship of UKCP in November 2018 Shaun is one of only two Hypno-Psychotherapists to have received this honour from UKCP.

Since 2001 I have been providing supervision for hypnotherapists in Manchester as well as throughout the UK. Sessions can be face to face, one to one, groups or on Zoom, WhatsApp, SKYPE or FaceTime. I provide supervision in accordance with the requirements for practitioner registered with UKCP, NSTT, NCH, as well as other professional bodies for hypnotherapy and psychotherapy.

I have recently completed a specialist certification programme in Clinical Traumatology in order to assist my clients with PTSD more effectively. Trauma work requires specialist training beyond a practitioner's initial training.

I have presented courses, seminars, after dinner speeches and workshops in the UK, Europe, USA, Australia and the Far East on various aspects of hypnosis and psychotherapy. To date, I have presented over 50 programmes at international hypnotherapy and psychotherapy conferences around the world. If you want a dynamic and entertaining after dinner speaker, get in touch.

Where to Find Us